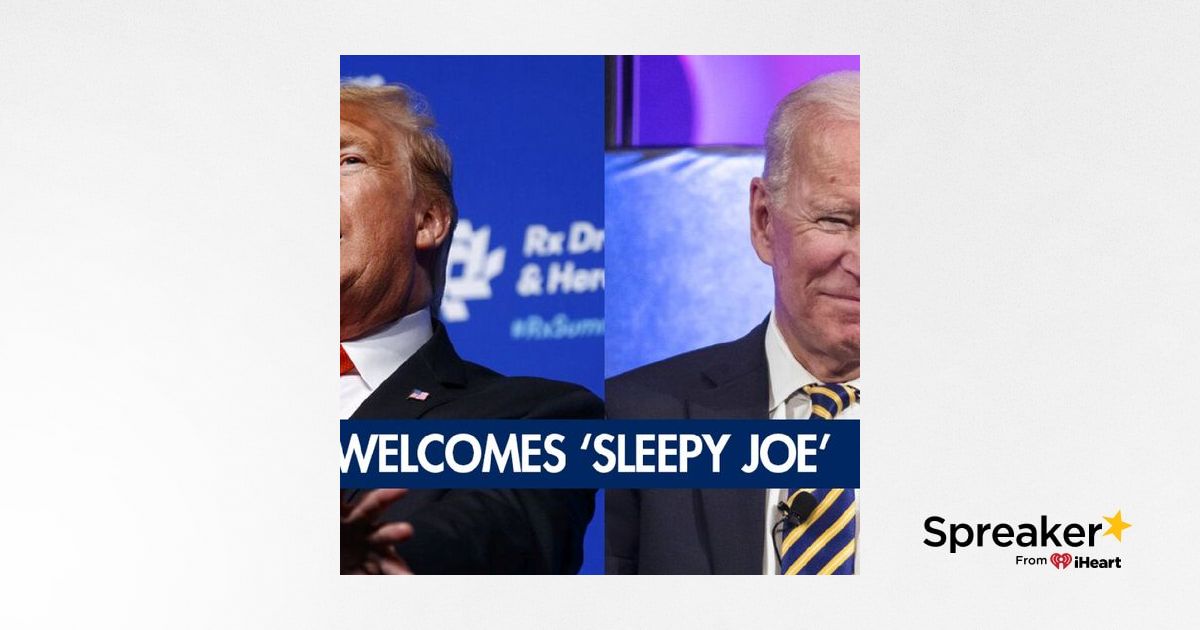 @RealDonaldTrump doesn’t think #SleepyJoe #Biden2020 will be able to ‘do the job’ #MagaFirstNews W/@PeterBoykin President Trump, in a wide-ranging, exclusive phone interview with Fox News’ Sean Hannity, dismissed the launch of former Vice President Joe Biden’s presidential campaign, nicknaming him “Sleepy Joe” and saying he’s “not the brightest bulb.” Biden, the president said, has name recognition but he won’t “be able to do the job.” … See More When asked about Sen. Bernie Sanders, I-Vt., Trump criticized his record, saying Sanders had “misguided energy” and asserted that Sanders “talks a lot” but hasn’t accomplished anything. The president referred to former U.S. Rep. Beto O’Rourke of Texas as “a fluke” who had lost much momentum and outright dismissed Sen. Kamala Harris, D-Calif., and South Bend, Ind., Mayor Pete Buttigieg — although he said he was “rooting” for Buttigieg. (Trump could address Biden and the other Democratic presidential candidates when he speaks today before the National Rifle Association.) Clinton-Ukraine collusion allegations ‘big’ and ‘incredible,’ will be reviewed, Trump says The Democratic Party’s youth movement: Biden’s biggest challenge? Former Democratic National Committee (DNC) chair Howard Dean warned Joe Biden about the troubles he may face in his presidential campaign, especially from the “35-year-olds” who Dean says have been running the party — a clear nod to Rep. Alexandria Ocasio-Cortez, D-N.Y., and fellow freshmen Democrats. “This is a very different party than even the party Joe Biden ran in in 2012. Very different,” Dean continued. “A lot of people could win this race. There’s 20 people in there. I think it’s going to take $20 million to get to the starting line. If you can’t raise $20 million, you’re gone, and I think that’s going to take care of about six or eight of these folks. … But it is not the same party that it was five years ago.” A progressive political group that boosted Ocasio-Cortez’s bid for Congress last year vowed to oppose Biden and blasted him as part of the “old guard.” More tales from the FBI texts Text messages between former FBI officials Peter Strzok and Lisa Page indicate they discussed using briefings to the Trump team after the 2016 election to identify people they could “develop for potential relationships,” track lines of questioning and “assess” changes in “demeanor” – language one GOP lawmaker called “more evidence” of irregular conduct in the original Russia probe. Fox News has learned the texts, initially released in 2018 by a Senate committee, are under renewed scrutiny, with GOP Sen. Chuck Grassley and Homeland Security Committee chair Ron Johnson sending a letter Thursday night to Attorney General Bill Barr pushing for more information on the matter. President Trump, speaking on Fox News’ “Hannity” Thursday night, responded to this report by accusing Strzok and Page of an attempted “coup.” “They were trying to infiltrate the administration,” he said. Kim accuses US of acting in ‘bad faith’ North Korean leader Kim Jong Un, fresh off his summit with  Russian President Vladimir Putin, said the U.S. has been acting in “bad faith” since his Hanoi meeting with President Trump over the stalemated issue of North Korean denuclearization. The North Korean leader told the Korean Central News Agency that, “the situation on the Korean Peninsula and the region is now at a standstill and has reached a critical point,” the Straits Times of Singapore reported. Kim warned that the situation “may return to its original state as the U.S. took a unilateral attitude in bad faith at the recent second DPRK-US summit talks,” the Korean Central News Agency added. North Korea gave US $2M hospital bill over care of American Otto Warmbier, sources say NFL Draft 2019: It’s all about defense The first round of the 2019 NFL Draft saw a run on defensive players, with eight of the top 12 picks in Nashville coming from that side of the ball. After Oklahoma quarterback Kyler Murray was taken first overall by the Arizona Cardinals, the San Francisco 49ers started a run of four straight front-seven players by taking Ohio State defensive end Nick Bosa with the second overall pick — the highest draft slot for any Buckeye since left tackle Orlando Pace went No. 1 overall to the St. Louis Rams in 1997.

#GoRight with Peter Boykin on Spreaker

Join Our Network of Sites and Causes

Join Us on Telegram!

VICS Ranch’s mission is to help Veterans and First Responders who are suffering from PTSD or homelessness and need a new mission. We help you find a new passion and purpose. Together we can end suicide and suffering. This is our new mission.

“You’ve had our backs, now let us have yours.”

MAGAOne.com Your One Place for #MAGA News